“Her husband is here”, i heard a nurse say in my drug induced haze. I had wanted to pee, so i had staggered slowly into the bathroom. I didn’t think i needed help, so i didn’t call for a nurse. I had overestimated my balance, so as i was walking back to my bed in the pre-surgical cubicle, I felt myself free falling and he caught me. “Help me lift her”, i heard him say to the nurses as i blacked out, only to come -to minutes later, after being resuscitated.

Have you found out what is wrong with her, Bode (my husband) asked the doctor, who told him we had to wait for the results.

Timeline : January 24/2017
I had called him at about 1.30 pm asking if he could get off work early to go and pick the kids (our son and our god-children). His tone told me, he was not in the mood for my “Get-out- of- school runs” tactics. But he paused when he heard me catch my breath. I blurted out, “I’m in a lot of pain”, when he asked me what was wrong.
I was having my braids taken out, when the worst pain i’ve ever felt hit me. I broke out in cold sweat, i thought it was horrible case of food poisoning, i asked for a glass of water, i could barely drink it, i wobbled to the toilet. I groaned and pushed and hoped whatever was in me would come out. The pain got worse, it was worse than labour pains {i’ve been in labour twice, so i know the pains of labour}. I was hot and cold at the same time. I stripped completely, doubled over from the pain, then i called him, my voice broke into a sob as i tried to put words to what i was feeling.

He got off the phone and called his mum to go and get me. My parents in law were in my apartment in less than 2 mins (they live in front of my house). “Labake, o kin sick, kilo se e” – Labake you are rarely ill what is wrong-, MIL said. I couldn’t speak, i could manage tears and i gesticulated. “E bami wo so fun” -Help me put clothes on her- she told my staff who were there with me.
Daddy went to get his keys, before i got out, he had started the car ready to take me to the hospital. Typically, Dad’s fastest speed is 60km/hr. On this day he drove like a maniac, we made it to a 20min drive hospital in 10mins!
I told the nurse at the reception, “I’m in a lot of pain!”

They swiftly sprung to action, the doctors were by my side, set an IV line, gave me pain meds that knocked me, took blood work and ordered tests, by now i was drifting in and out of a meds induced sleepy haze. The sonographer, told me it looked like i had a twisted cyst but it shouldn’t cause me that much pain or make me bleed.
That morning, after my regular fitness walk, i had noticed i was bleeding so i assumed it was my period, so i cleaned up, put on a sanitary towel and took a nap.

A more senior doctor came back into the ward and said to my husband and i, “We have to do an emergency Exploratory Laparotomy, your pregnancy result came back positive, you have Ruptured Ectopic Pregnancy that’s why you are bleeding and you are in a lot of pain.”

“Pregnant!!” Bode (my husband) and I exclaimed together! How was that even possible? I still took a pregnancy test the week before, it was negative, how is it even possible?

Since we resumed trying to conceive (TTC) after losing a pregnancy in 2014, I’ve been doing pregnancy tests religiously on a weekly basis. Firstly because of the treatment plan i was on, then for the heck of it and also because i occasionally indulge in liqueur. And yet I didn’t even know i was pregnant. In fact i had gone 2 weeks before for my routine check up with my doctor and i had a routinely done a blood PT.

While the doctor spoke i realized my tummy had doubled in size and it was uncomfortable, the pain was subliminal, and i was woozy. I would later find out that the increase in size was due to my bleeding internally. I looked at my palms and realized my palms were pale!

The team was called, gyne-surgeon, general surgeon, the anesthesiologist (a wonderful pleasant woman), nurses, and others, the blood bank…
By 9pm i was taken to the theater (I had to wait for a set of twin boys to be delivered by emergency CS and brought out of the OR).
I came out 3+hrs and 4 pints of blood transfusion later, with a PCV of 21 looking like something out of “Greys Anatomy” with all the gadgets hanging on my body.
I opened my eyes at about 2am, saw my sweet darling with his head on a desk, trying to catch a nap, he woke up as soon as i stirred, told me i had to lie still on my back for about 8hrs/12hrs or so. He kept an eye on my fluids, my temperature with was low, and he kept adjusting the cooling system. I felt sorry for him.
He told me later he had been invited into the surgery and he froze at the sight of my insides open like a butchered cow on the operating table. They wanted him to know they also took out the cysts i had in my ovary
So now his favorite saying is , “I know you inside out, you that i’ve seen your intestines”. So he calls me “Intestines” sometimes!
The doctors estimated the gestation period of the fetus based on its size at 8-10wks. Trapped in my fallopian tube till it grew too big to grow there. A baby i didn’t even know was there, never had time to bond with, had to be yanked out with parts of me, to save my life, leaving scars behind.

I didn’t even have time to process any emotions, it was a roller coaster of so many all at once, trumped by the greater desire to live and not die.

Through all of this my amazing support system kicked in. My friend Marie got off work and went to pick the kids from school, my sister Fifi and my bro-in-law Theo, were in the hospital shortly after my husband arrived and they didn’t leave until 2am. My bff Olajumoke (JBK) called a circle of sisters whom we pray together and raised prayers for me, she was in the hospital with my favorite Pastor Kenny at close of work.
By 6.30am (the next day) my mum was by my side from Ibadan with my brother in tow, my dad who was on the phone with me at least three times a day.
My amazing parents in laws who took shifts checking on me through my 1 week + stay in the hospital, bringing food and love. They had our son with them throughout the time, woke up early to get him ready in time for school and pack his lunch, checked homework. My sweet sweet son Mumila, who though didn’t have a full grasp of what was happening always asked to stop by the hospital to check on mama and pray for me.
My friends, Jumoke Leo, Mojola, Bunmi, who literally flew to my side when they heard 2 days later.
Dunni (Dooneyrooney), she said, all i can think of right now is that your family would need food while you are convalescing. She ordered 5 different types of soups in 7 litres and spicy hot pepper soup from a Nigerian food business and had it delivered to me. Her mum even came to visit.
Many more people i can’t readily recall. The calls, the messages, the love. Priceless.

My amazing staff who kept business running seamlessly and diligently whist i was away.
The wonderful team in the hospital

My priceless, priceless husband Olabode. Can’t put to words how much of a rock, a pillar and support you were to me while we had to both go through the difficult times. 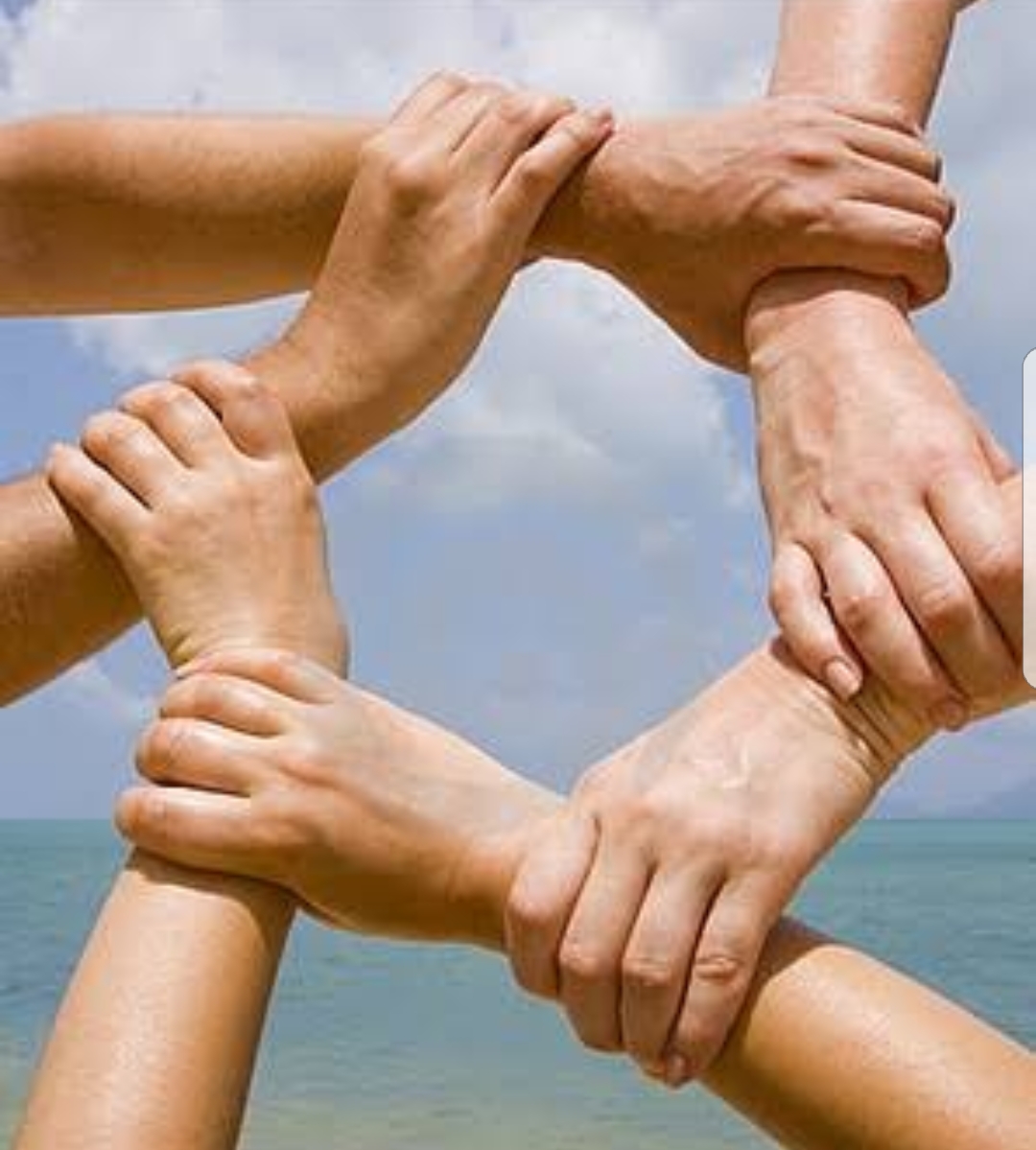 God had my back

After my ordeal some things started making sense to me. I’m a person of faith and i believe in Jesus, my religious expression is Christianity.

It was when I got home after the admission, and I was tearfully reading my daily confession from Isaiah 60: 1 – 22. I particularly broke in to tears when I read verse 17b- 18

17 b) I will also make your officers peace,
And your magistrates righteousness.
18) Violence shall no longer be heard in your land,
Neither wasting nor destruction within your borders;
But you shall call your walls Salvation,
And your gates Praise.

I was angry, that after believing and confessing these words, God would allow me to suffer the loss of a pregnancy again (i had lost a 22wks old pregnancy in 2014) and this time, a Fallopian tube as well. Then all of these events made sense. I could have easily died, ectopic pregnancy accounts for many maternal mortalities. God kept me for a purpose. God had my back all along! He actually kept his word.
This helped to strengthen me during the course of 2017, when i had to face other challenges in 2017, even when i was down and low and shut down, the assurance that God had me covered gave me strength.

Towards the end of the 2017, I realized how much i had let things get to me, i didn’t know i shoved and bottled things, left it unprocessed. I realized that the hopeless optimist i was, had given room to negativity guised as reality.
I was looking for the happy-go-lucky girl who never really worried about a thing. I tried not to dream too much for the fear of having my hopes dashed. I let the year and all the misadventure that came with it get to me!
Then I remembered how i started my year, how God had my back, then it opened my eyes to see how he did still, in the midst of it all.
It was while I was convalescing, that i finished filling and submitted my Tony Elumelu application, i was selected and became a fellow, later in the year. My business misadventures led me to a new model and structure and pushed me out of what I’ve always known. I wore the strong woman toga, while i let my weakness almost cripple me on the inside.

With the realization that God always had my back, I walked my way back to deliberately choose Joy.

So this year I celebrated my birthday on a high! I’m walking on sunshine through this year.

So I’d EAT, LOVE, PRAY, CHOOSE JOY, because GOD got me

I'm a wife, mother, unscripted consummate entrepreneur { CEO Fontaine De Vie}, non practicing lawyer, who finds cooking a very therapeutic exercise. Join me as i chronicle some of my therapies. View all posts by Omolabake for #OunjeAladun